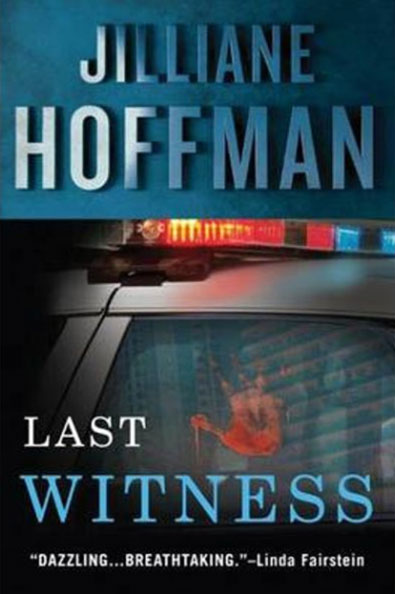 It’s been three years since a string of brutal serial murders thrust Miami into the unwanted glare of the international spotlight. Three years since the largest manhunt in the history of the city was launched to find a sadistic killer, and as a monster now awaits his fate behind bars on death row, Miami has finally begun to heal.

But terror has returned to Miami and a new killer stalks the city. Except this one is different. This one hunts the hunters, the designated protectors of society, the men and women who keep watch during the deadly nighttime hours…

He hunts the police.

Cops are dying — brutally murdered while on patrol — and it seems the killer nicknamed The Black Jacket has only just begun. Florida Department of Law Enforcement Special Agent Dominick Falconetti heads up a task force of Miami’s most experienced homicide detectives, as the shaken law enforcement community demands justice.

Details at the crime scenes point to a possible drug connection, and when a highly placed gang member disappears, Dominick finds corruption may be the unfortunate and unavoidable answer.

C. J. Townsend, the Miami-Dade SAO Major Crimes prosecutor he has loved for the past three years — ever since they met on the infamous Cupid investigation — is getting the calls in the middle of the night as well. As the Assistant State Attorney who put Miami’s last serial killer behind bars, she’s the logical choice to help stop this one. But before too long, a terrified C.J. begins to suspect that there may be another reason why cops are being viciously murdered. Only she can’t tell. Because the explosive secret she possesses can never be revealed, lest a madman go free…

The heavy wooden doors to courtroom 4-8 swung open again, tapping the back of the chair where the corrections officer sat fiddling with the bottom snap on his department-issued green windbreaker. The plainclothes detective entered and walked slowly up the center aisle, his dress shoes thudding softly on the tired tan carpet, past the excited crowd, before finally taking a seat on the witness stand to the left of Judge Leopold Chaskel’s mahogany throne.

Miami Assistant State Attorney C. J. Townsend felt her mouth go dry. She rubbed her lips together, to keep them moist and to hide her anxious expression from the cameras, sketch artists, and reporters who monitored her every move. Her heart began to pound furiously in her chest. But she could not run, could not just get up and leave-that was not an option. So she forced her eyes to look straight ahead of her. She didn’t even glance at the man who sat at the opposite table across the gallery wearing an expensive Italian suit and a pained expression on his handsome face.

She knew he watched her, though, waiting for her reaction. For her, he wore a bemused smile beneath his feigned look of anguish, his fingers drumming patiently on the table before him.

“State, are you ready to proceed?” asked Judge Chaskel, perturbed that this case was once again his problem. He had run an almost-perfect trial. It should never have come back. Not for this reason.

“I am,” replied ASA Rose Harris, C. J.’s friend and colleague in the Major Crimes Unit at the State Attorney’s Office. After a moment she rose from her seat and said, “Please state your name for the record.”

“How long have you been so employed?”

“Fifteen years with FDLE. Four years with the Bronx P.D. before that.”

“Agent Falconetti, allow me to direct your attention to the year 2000. At that time, were you the lead agent on the case of The State of Florida v. William Rupert Bantling?”

“Yes, ma’am. The department headed up a task force-the Cupid Task Force, it was known by. It was comprised of detectives from multiple South Florida law-enforcement agencies. In 1999 the task force was formed in response to a series of abductions and brutal murders that took place in Miami Beach. The subject had been nicknamed Cupid because of what he had done to the hearts of his victims, and the name stuck. I was the agent assigned initially from FDLE, so I, ultimately, led the investigation.

“Rose Harris gestured to the man at the table. “And that investigation ended with the arrest of a subject, namely William Rupert Bantling, on September 19, 2000?”

“Yes.” Dominick looked over to where Rose had gestured, where William Rupert Bantling sat nibbling on his lip now, looking as if he might cry. “Mr. Bantling was arrested by Miami Beach police officers over on the McArthur Causeway. The body of victim Anna Prado was discovered in the trunk of his vehicle.”

“And Mr. Bantling was subsequently brought to trial later that year for her murder?”

“Who was the prosecutor in that case, Agent Falconetti?” The tone of her voice hardened slightly.

Dominick hesitated just a moment and looked in C. J.’s direction. “Assistant State Attorney C. J. Townsend,” he said softly. “She’d been the SAO legal advisor on the task force for more than a year.”

“During the course of this trial, you became romantically involved with Ms. Townsend, is that correct?”

“Yes,” he said, looking awkwardly down at his lap, “we developed a relationship.”

“And Mr. Bantling was convicted after a trial, correct?”

“Yes. Convicted and sentenced to death.

“Rose Harris had moved behind Bantling at the table. Now she placed a hand on his shoulder, and he bowed his head meekly.

“But you came to discover that Mr. Bantling was not guilty of this crime, was he Agent Falconetti?”

“I don’t know that for certain.” Dominick squirmed uncomfortably in his seat. C. J. felt his eyes searching the courtroom for hers, but she continued to stare straight ahead. Her legs had started to shake underneath the table.

“You came to discover facts, Agent Falconetti, that caused you to question Mr. Bantling’s guilt. Isn’t that true? That he perhaps had been set up?”

“I discovered facts that caused me to question some things, yes.” “That caused you to believe that Mr. Bantling had been set up?”

“Yes, I have wondered,” Dominick finally said, his voice resigned, his eyes finally giving up the search and casting downward instead.

“Show the court, please, what fact you discovered that led you to question the guilt of Mr. Bantling-that led you to believe that he had been set up, as he had alleged all along?” Rose Harris was like a dog with a bone. “Show the court the evidence you discovered, the evidence that had been withheld in the first trial, that evidence which told you an innocent man had been falsely accused and placed on death-row!”

Dominick somberly nodded his head. He looked defeated, as if he wanted to cry himself. He reached down underneath the witness stand, his hands emerging seconds later with a black plastic garbage bag that was sealed with red evidence tape. Using latex gloves and a jagged knife, he slid open the tape and with a pair of evidentiary steel tongs, reached inside. The smiling, white rubber face of a clown emerged from the bag, the tongs holding it at a distance by its fuzzy tufts of red hair, its blood red twisted smile dangling in front of the jury, twirling and spinning slowly back and forth, posing for every camera. An enormous collective gasp sounded through the crowd.

She could take it no more. C. J. sprang to her feet, screaming. “He is not innocent! He’s guilty! He’s guilty!”

“Order! Ms. Townsend! As an officer of the court you know full well how to behave yourself in front of me. The jury will disregard that outburst!” shouted Judge Chaskel.

C. J. sat back down, her face buried in her hands. She felt the man watching her, smiling at her downfall, wishing he could get hold of the knife Dominick held in his hands, so he could make some new scars on her body. Maybe borrow the mask back for just an hour or so.

“It was in Ms. Townsend’s closet. Stuffed in a box at the top with some old Miami Beach police reports,” finished Dominick.

Rose Harris let the shocked murmurs finish their ripple through the crowd. “Agent Falconetti, is Ms. Townsend present in the courtroom today?”

“Please identify her for the record.”

Dominick raised his head. The clown mask still dangled from the tongs in his left hand. With his other hand, he pointed across the gallery where C. J. sat. The click and whir of cameras filled the air, following his finger. “That’s her. Sitting at the table.

C. J. sat upright with a start in bed, her face drenched in sweat and tears. The silence of the black room screamed in her head and she clutched her chest, trying to control her racing heart. The clock on the dresser read 4:07 A.M. Her hand reached out and she felt Dominick beside her, his back warm, rising and falling with his breathing as he slept.

It’s okay. Everything’s all right, everything’s gonna be fine. It was just a nightmare. It’s not real, she told herself, looking around the bedroom, her eyes struggling to see.

But just then, as if on cue, her beeper went off in the darkness on the nightstand beside her.

And that was when the nightmare really began.

Last Witness is available where all books are sold and at these and other fine online bookstores: