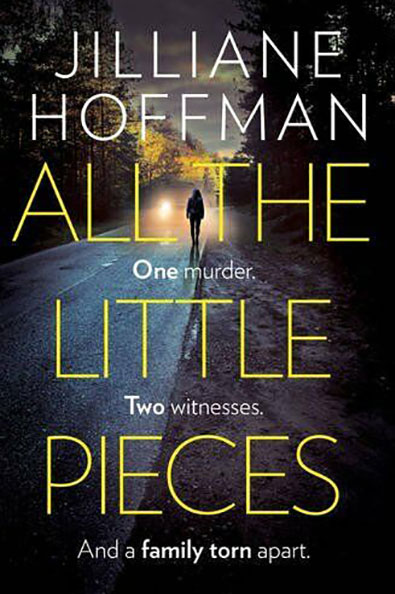 Girls are disappearing in Palm Beach County. Prostitutes, strippers – girls who don’t have a loving home to miss them, who disappear through the cracks.

Detective Bryan Nill can’t prove it’s a serial killer, but he knows it in his gut. All he needs is evidence. Without a witness, though, he’s got nothing.

Faith is feeling guilty. She’s tried to put that night out of her mind – the girl’s face pressed to the window, begging for help. The terror of watching her being dragged off into the night. She’s told herself it was probably nothing, that she was right to keep the door locked, the window shut.

But she wasn’t the only one in the car that night. When Faith’s four-year-old daughter identifies the girl in the news, Detective Nill gets his witness. And Faith’s life starts to unravel.

All the Little Pieces is available where all books are sold and at these and other fine online bookstores: